Inspired by Art Nouveau and its flexible and harmonious forms, Edouard-Marcel Sandoz began, from 1920 onwards, to concentrate on animal study seeking more and more its stylisation.

He took an interest in various sorts of fish, such as sea dogs, crucian carps, carps, bass, seahorses… from which he brings out and resumes the characteristic forms. This model, referred to as ‘Catfish’ by the artist is represented in an upright position, its mouth open, resting on its spread-out tail, with a particularly ingenious posture of its fins and tail. However, the fish’s anatomy (shape of its mouth, goatee, scales, dorsal fin, tail divided in two) makes us think rather of that of a carp. A fine modeler, Sandoz works on the volumes without breaking or dissociating them. This is thus a unique copy.

The preponderance of animal representation in his work led him to create the Société Française des Animaliers in 1933. Highly committed to his fellow artists, he presided, for twenty years, the Fondation Taylor. Sandoz, who regularly took part in the arts-events of his time, displayed his artworks at the Exposition Universelle in Paris, in 1947, in the pavillon of the Société des Artistes Décorateurs. After becoming a member of the Académie des Beaux-Arts de l’Institut de France, and Commander of the Order of Arts and Letters, he was awarded an hononary doctorate by the Lausanne University in 1959. 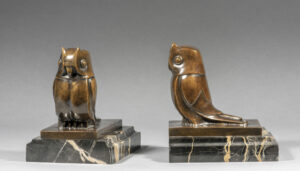 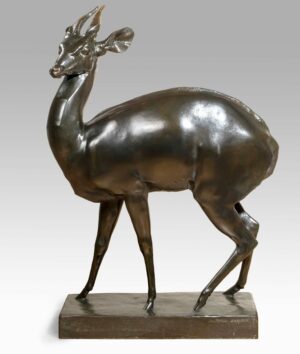 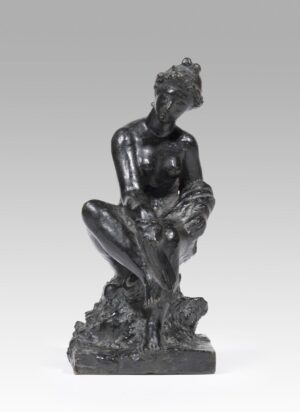 WOMAN AT HER BATH 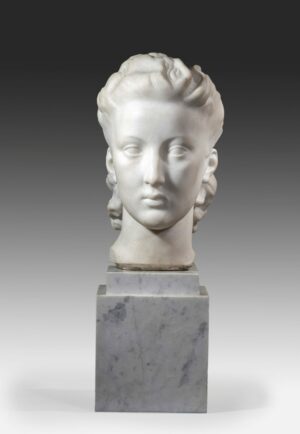 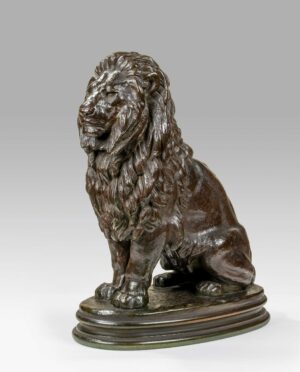