A native of Switzerland (Geneva), James Pradier (originally named Jean-Jacques) moved to Paris in 1808 and studied at the Ecole des Beaux-Arts. In 1813 he was awarded the Grand Prix de Rome which allowed him to be a resident of the Villa Médicis for five years. Back in Paris in 1819, he exhibited at the Salon des Artistes Français et des Indépendants ‘A Nymph’ for which he was granted a gold medal. A well-known artist as soon as 1820, he received State commissions from the Restauration as well as from the Monarchie de Juillet which enabled him to produce major works, for the Chambre des Députés in 1830, the Place de la Concorde in 1836 and the pediment of the Palais du Luxembourg in 1840. 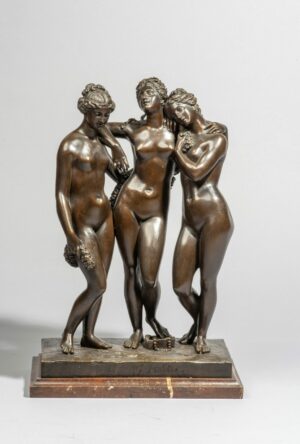 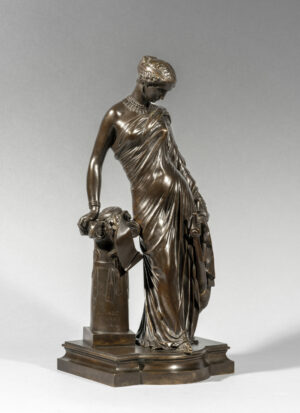