Antoine-Louis Barye (1795-1875) left an indelible imprint on the history of French sculpture. Son of a goldsmith, he studied alongside the greatest French masters of this art (Biennais, Fauconnier) and  was introduced to modelling by the sculptor Bosio and to drawing by the painter Gros. He also attended the Ecole des Beaux-Arts de Paris. From his initial training the artist kept a special attention to fine details and precision. At that time he already spent quite a lot of time at the Jardin des Plantes to draw animals ‘ad vivum’. With an unquestionable scientific rigour, he there studied furs, movements, muscle structures and went as far as to attend animal dissection sessions.

It is with his Tiger devouring a garial, exhibited at the 1831 Salon that Barye made his mark as a sculptor. His consecration yet came at the 1833 Salon with the famous Lion and Serpent a monumental sculpture in bronze commissioned by the king. From there on he benefited from the protection of the royal family, as shown by the commission of an imposing table centre-piece from Philippe d’Orléans (1834-1839). Despite this, a few of the artist’s works presented at the 1837 Salon were rejected, as a result of which Barye did not display a single sculpture until the 1850 Salon.

Throughout that period, orders were nonetheless pouring in from prestigious art collectors for whom Antoine-Louis Barye created some of his most remarkable ornamental bronze models, which demonstrate his  outstanding talent for decorating, both powerful and inventive. In the meantime, the artist, highly concerned with the finest quality of his bronzes, set up his own foundry, dealing with both the carving and the commercialization of his artworks until he associated with the manufacturer Emile Martin. This collaboration lasted until 1857 when Barye took over control of his artwork’s production, in his studio, which brought together sculptors, chiselers and patina artists, and this until his death in 1875.

Once again recognized, he received the Grande Médaille d’honneur, at the 1855 Exposition Universelle and in that of 1867, the Grande Médaille d’Or. He was elected at the Académie des Beaux-Arts in 1868 by unanimity of the votes cast. In 1874, the last catalogue of his bronzes was published at 4 quai des Célestins, Paris. 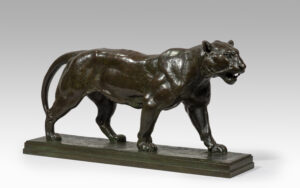 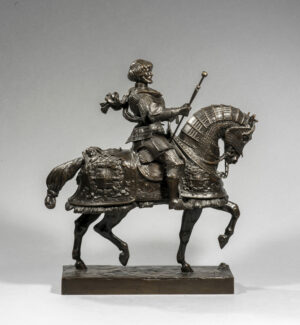 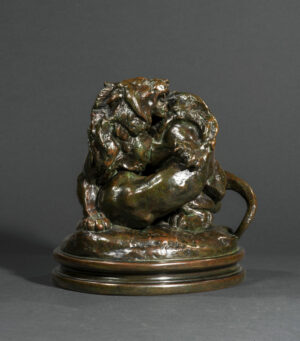 ANGÉLIQUE AND ROGER MOUNTED ON THE HIPPOGRIFF (1840) 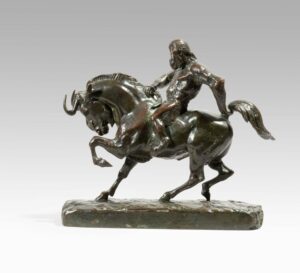 MONKEY MOUNTED ON A WILDEBEEST 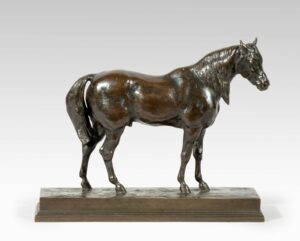 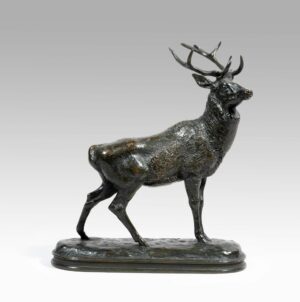 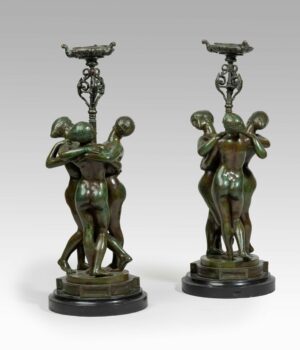 THE GRACES SUPPORTING AN INCENSE BURNER 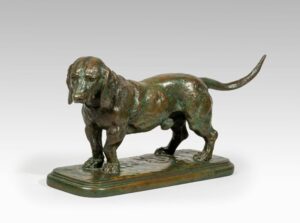 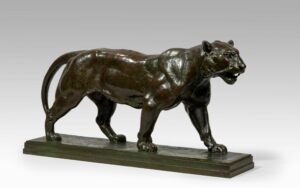 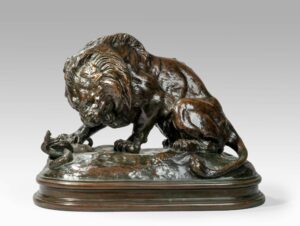 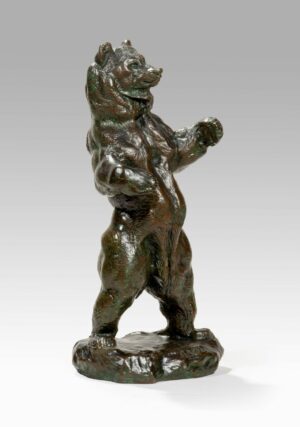 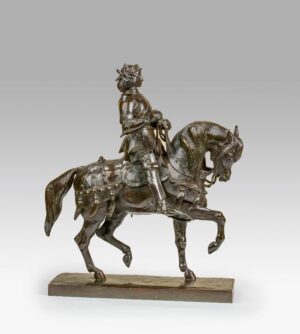 CHARLES VII THE VICTORIOUS ON HORSEBACK 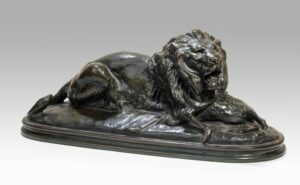 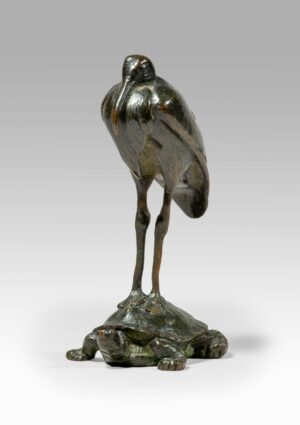 STORK RESTING ON A TURTLE 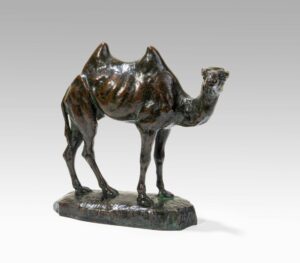 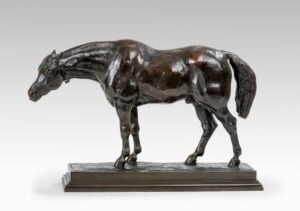 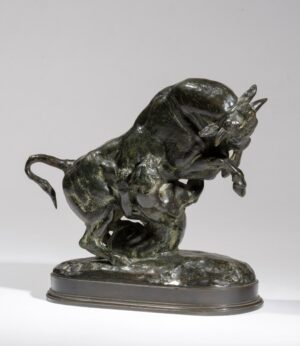 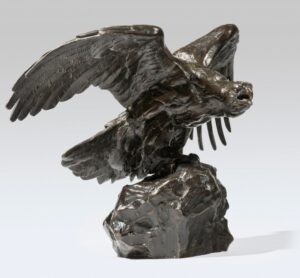 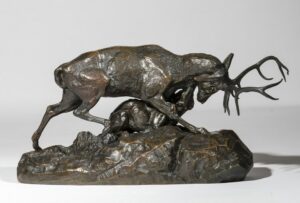 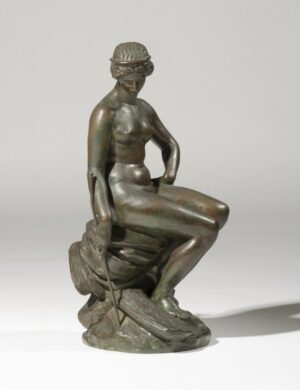 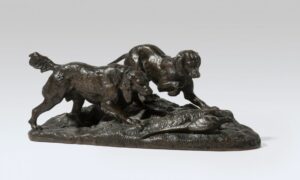 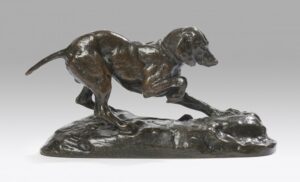 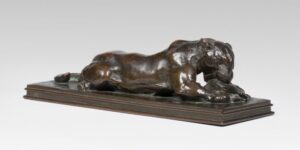 JAGUAR EATING UP AN AGOUTI 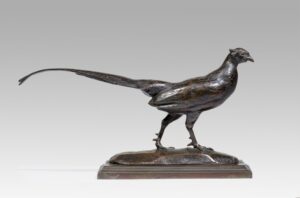 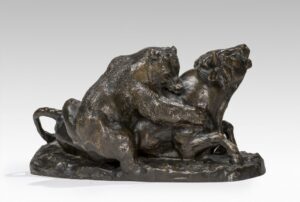 BULL DEFEATED BY A BEAR 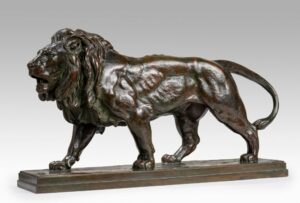 WALKING LION (WITH A RECTANGULAR PLINTH) 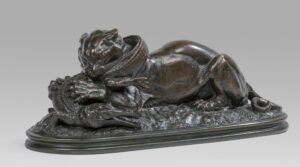 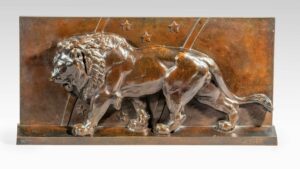 A PAIR OF CANDELABRA 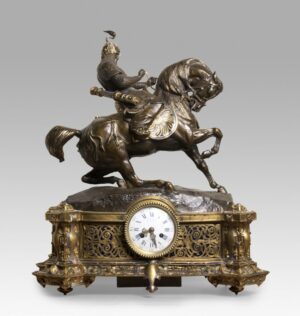